Following the Palimpsest published by IPEMED, the round table organised on the Espace Afrique of Pollutec Maroc aimed to question the sustainability of current production and consumption models, and to offer more responsible and sustainable alternative practices.

As an introduction, Kelly ROBIN, Project Manager at IPEMED, set out a triple observation: i) the increase of quantitative and qualitative food insecurity in the region (with nearly 55% of the population being malnourished, by food excess or deficit); ii) the external dependence of African and Middle-Eastern countries, that import about $176 billion worth of agricultural products; iii) the challenge of sustainable agricultural and agri-business models in a context of climate change.

In response, Leila AKHMISSE, Executive Director of the Fondation Crédit Agricole du Maroc, presented the Programme d’Optimisation de la Performance Energétique [Optimisation Programme for Energy Performance] aimed at major agricultural holdings, but also the projects carried out with small farmers, the projects supporting organic agriculture, waste management, and the development of local food channels” (organic produce baskets, farmers’ markets, etc.). DRISS AZARIZ, head of the firm AZAD ENVIRONNEMENT, insisted on the need to associate these operational programmes to awareness and education actions for the highest number of people. Consumers must rediscover the Mediterranean diet and enable the emergence of responsible and sustainable agricultural and agribusiness industries.

Lucie GRIGNON, Research Officer and Resident in Morocco for the Group BRL, called for an integrated approach of the challenges. She highlighted the link between food safety, sustainable management of water resources (irrigation uses nearly 88% of the water available in Morocco), adaptation to climate change, land planning, etc. To illustrate the systemic approach adopted by the group, she presented a few projects implemented in Morocco, Cameroon and through the Madagascar BRL branch.

More specifically, BRL Ingénierie [Engineering] (BRLI), in partnership with the Moroccan company Agro-Concept, supported the Ministry of Agriculture and Marine Fishery in the preparation of a public-private partnership (PPP) contract to build a sea water desalination unit, in order to bring a new resource to the Souss-Mass region. PPP can be adapted tools to finance major infrastructures. However, Cécile CARLIER, Director of I&P Conseil, insisted on the needs to finance and support African SMBs. These needs could be covered by impact investment funds.

Reacting to all these interventions, Michelle Chimène Milandji KOUMBA, Head of the Rural and Urban Environment Department at the Direction Générale de l’Environnement du Gabon [Gabon General Direction of the Environment], presented the “Seed” Programme which, following the example of Plan Maroc Vert, comprises two elements: i) supporting small agricultural cooperatives; ii) reinforcing major agribusiness industries (manioc, banana). All the participants thus insisted on the negative externalities of “agribusiness” and on the necessity to primarily support family farming, with two elements in mind: fight against poverty (on the African continent, over 60% of poverty lies in rural areas) and job creation target (since 41% of the total population in Africa and the Middle East will still be living in rural areas in 2050). However, far from supporting a restrictive dichotomous cycle, they all advocated a better upstream-downstream connection, a better development of the entire value chain and better territorialised “hybrid” agribusiness systems. 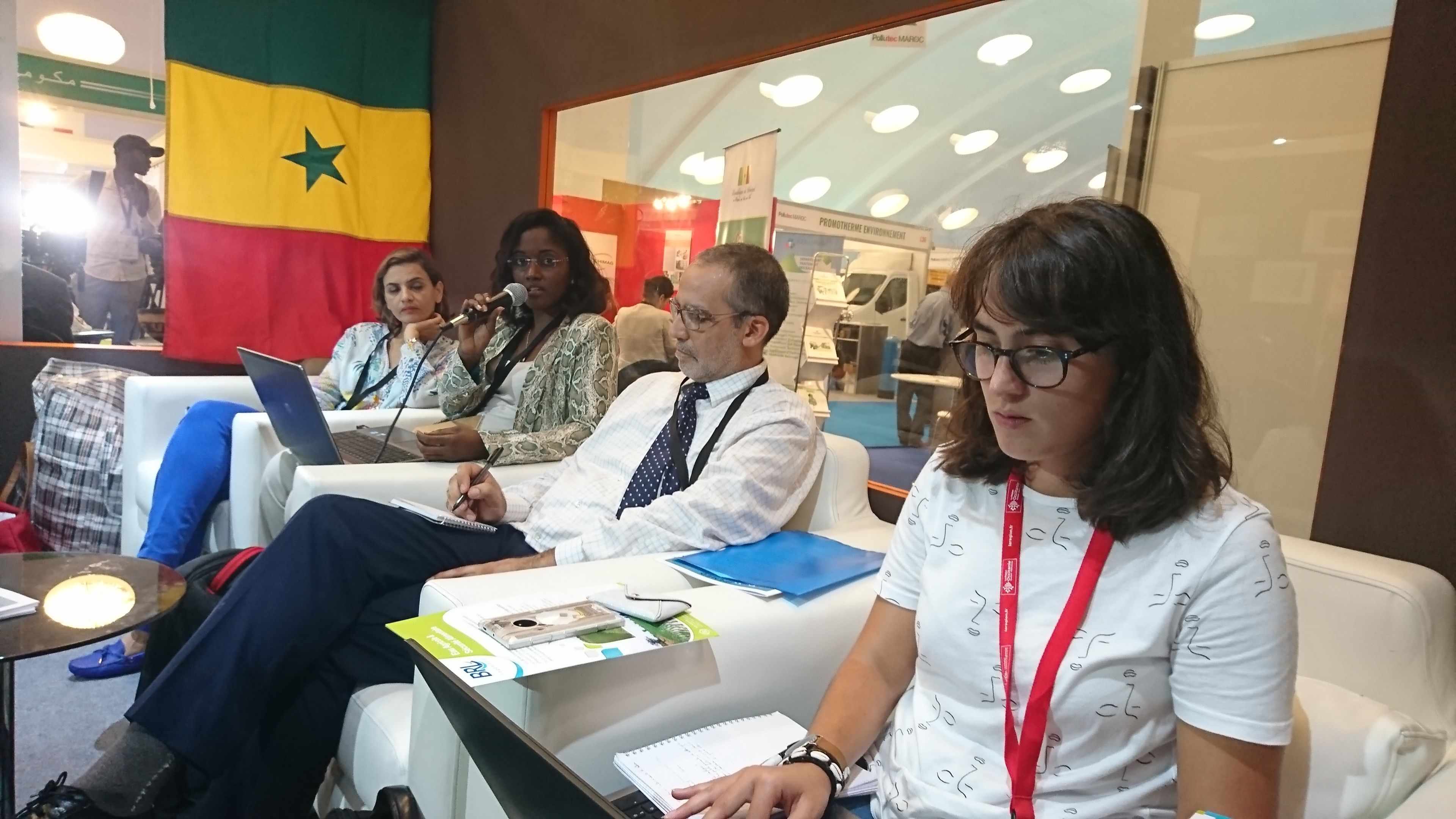