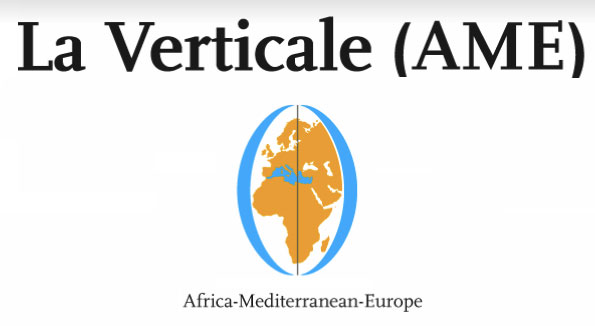 for a new partnership

between Africa and Europe

Gathered on video conference on 16th of July 2020 at the initiative of Jean-Claude Juncker, we committed to support the implementation of an Africa-Europe partnership that helps build, on new foundations, the relations between our continents and their peoples. In this regard, we are launching this appeal and we are willing to keep working, together, towards this goal.

The Covid-19 pandemic and its consequences have confirmed the weaknesses of our systems, and they led to deep transformations, both in Africa and in Europe.

We believe that in the face of this global crisis, jointly addressing sanitary, economic, social and climatic damages is the only way to go, against isolationism and demagogic populism that can only fuel conflicts and violence.

In this 21st century world, made more dangerous by the return of nationalisms and the weakening of multilateralism, Africa and Europe have a major responsibility to create a fairer globalisation, more respectful of regional realities, rules and collective preferences, that does not leave anybody behind. The interests of our continents largely depend upon it.

Reaching the objectives of the United Nations’ 2030 Agenda and the SDG, as well as the African Union’s 2063 agenda, remains the priority.

A new partnership between Africa and Europe is more necessary than ever. It is an alliance that we must build together every day with our societies, our youths, our women, our cities, our companies. It is a global region that will count nearly 3 billion people by 2040 and that we must build.

We must mobilize our intellectuals, researchers, entrepreneurs and societies. Without taboos, deference or paternalism.

To do so, we must implement a Foundation that facilitates this movement: La Verticale “Africa-Med-Europa (AME)”, an independent, equally-shared tool, that works towards the general interest in the long term, and that could carry this project.

The next European Union-African Union Summit is a good opportunity to call for the creation of this AME foundation that would work in the interest of this great space and of these populations, to build together a present and a future that will give hope to our peoples and our youths.

Nana AKUFO-ADDO, President of the Republic of Ghana

Mohamed Ould EL-GHAZAOUANI, President of the Islamic Republic of Mauritania

Uhuru KENYATTA: President of the Republic of Kenya

Issoufou MAHAMADOU, President of the Republic of Niger

Macky SALL, President of the Republic of Senegal

Ellen JOHNSON SIRLEAF, Former President of the Republic of Liberia

Felipe GONZALEZ, Former President of the Government of the Kingdom of Spain

Horst KÖHLER, Former President of the Federal Republic of Germany

Miguel Ángel MORATINOS, Former Minister of Foreign Affairs of the Kingdom of Spain – UN High-Representative for the Alliance of Civilizations

Piero FASSINO, Chairman of the Foreign Affairs Committee of the Italian Chamber of Deputies

Etienne DAVIGNON, Minister of State of the Kingdom of Belgium

Louis MICHEL, Minister of State of the Kingdom of Belgium

Stefano MANSERVISI, Advisor to Jean-Claude Juncker – Former Director General of Directorate-General for International Cooperation and Development of the European Commission